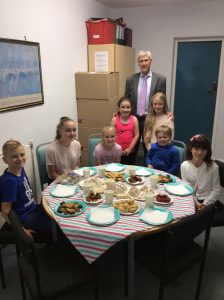 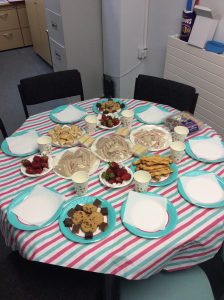 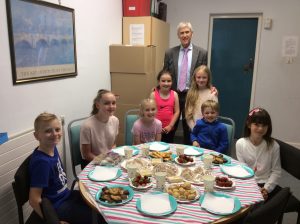 In science, we have been doing some experiments. Like:

When we did the salt and water, two weeks before we left it in a cup and in petri dishes. The salt was in squares that has an outline that is brown. The sugar stuck to the petri dishes and made it translucent.

The toast went lighter and lighter like I predicted. It started off at 44 grams when we toasted it, and the weight dropped down.

When we lit the candle, after 2 hours 30 minutes and the wax got lighter. Also it weighed the same as the toast. We were told that we shouldn’t touch it because it is dangerous. At the end, it weighed 32 grams,

Then we wrote in our science books our data that we found it was very fun and i wold definitely DO THIS IT IS VERY FUN IT WAS THE BEST WEEK OF MY LIFE.

All week Year Six students have been working extremely hard on their SAT  exams. They’ve been preparing since Christmas for the exams, including taking part in early mornings starting from 8:20 and ending at the ring of the first bell, and they’ve been taking part in homework club where Mrs Carrahar, whom has been very supportive, supplies us with a healthy amount of juice and biscuits! We have completed three math exams, two English exams (one spag and the other reading) and one spelling test. After four days of exams and to games of our favorite sport game sudden death (a game like kicky rounders) we were treated with delicious sprinkled donuts! Thank You!

This week in Science we’ve been learning about candles and if they get heavier or lighter when they have been lit :).

In pastoral care we learned about what royal weddings are like due to our fantastic prince Harry getting married .

We  made our own designs for Megan’s lovely dress and Harry`s handsome suit,

Some children designed wedding cakes and other things we can`t wait to see at the wedding.

In year 5 we did a few science experiments with our science teacher whilst our normal class teacher was helping out with the sats . We had a question we thought we should find out more. Our question was…………..will bread get lighter when we toast it? Everyone made their own scientific prediction what they thought would happen. Well we did not actually find out in class, it may be dangerous, we decided to just collect data and see if the results matched our prediction. Through our data we found the bread did get lighter. By Darcie.

Y2 have been learning about transport from the past and made their own Viking Longships out of clay.

Today our Year 4 team took part in the South Shields Skipping Festival at St. Joseph’s Academy. There were 4 other schools present and we skipped together and took part in some competitions too!

Everyone tried their best and we were lucky enough to win 19 Silver awards and 10 bronze awards!

We had a great time and would like to say a big thank you to the organisers of the event and the other schools that took part.

Where To Find Us

Some contents or functionalities here are not available due to your cookie preferences!

By default cookies are switched off for this site. You can enable them by clicking the green button.

Some contents or functionalities here are not available due to your cookie preferences!